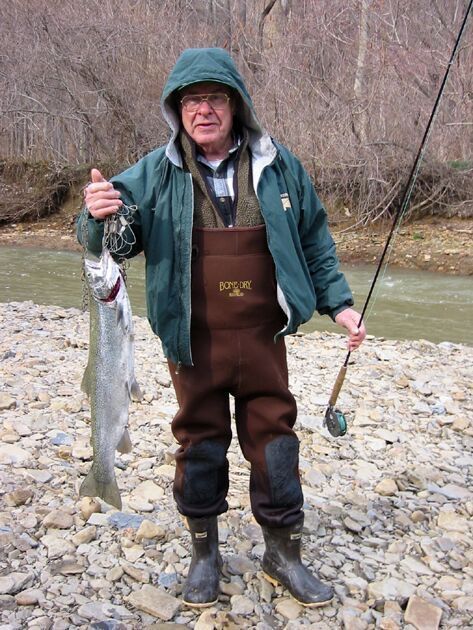 The late fall and winter months have always been a very reflective period for me, and 2020 has provided a great deal to reflect on! A global pandemic, a record turn-out for a very contentious presidential election and the ongoing shifts and changes of life, and of course, the changing world around us.
Such is the transient nature of things.

It’s been nearly a year since my father passed on. He had just turned 95 and by all accounts, lived a remarkable life.
Thinking about him and the issues his generation faced has provided me with a helpful perspective on what we are currently dealing with. We are so fortunate to live in a country where the quality of life is high with relative prosperity. It is easy to lose sight of our blessings in these trying times. I am not making light of the devastating impacts of this pandemic, nor am I diminishing the hardships that so many people are suffering. But I can recall my pop occasionally saying, “Things could be a lot worse!” And he was speaking from experience.

He grew up facing what many would find to be un-imaginable challenges. My grandfather Kelly Madewell died at the onset of the great depression of dust-induced pneumonia. Kelly had sold his share of Madewell Hollow in Tennessee. He auctioned off all of his livestock and farm equipment, bought a new car and a new truck, and headed west with his family. He was enticed by word of opportunities in both the oil fields and expanding grain production in Oklahoma and Kansas. The migration stopped in Elk Heart, Kansas after his oldest son, my uncle Roosevelt, was offered a job working at a grain elevator. My grandfather bought a threshing machine and planned to combine grain by contract.

He used the thresher just one season. That happened to be the year of the big plow up. Ken Burns' documentary The Dust Bowl does a remarkable job telling this story. There was so much grain produced that year, that once silos were filled, it was simply dumped in the streets.

Kelly died after getting caught in a minor dust storm and my grandmother returned to Tennessee with her youngest child and her husband's body. Her remaining children joined her a few months later. Grandma rented a house located at the mouth of the “Madewell Holler” for her and her youngest children.

I recall my uncle telling me the thrashing machine was left sitting in a field.

Dad was six when his father died, and he lived through some very difficult times. His older brothers and sisters helped the family working for wages, but as a youngster, his contribution to the family’s well being was often made through hunting small game and fishing. My grandmother would say Clarence could catch a fish in a mud puddle.

When he was twelve a college professor from Tennessee Tech asked dad to take him squirrel hunting. The man paid him for his “guide” services with five Remington Express shotgun shells. Dad used those shells to hunt rabbits or squirrels using his fathers' broken single-shot shotgun. It fell apart whenever it was fired.

He left school after the sixth grade and took his first paying job working with a man to cut dogwood, I presume for making heddles for the textile industry. He told me he was paid fifty cents a day. Later that same year, he moved to Michigan after a family acquaintance arranged for him to take a job working on a dairy farm with a large orchard. At thirteen he was living several hundred miles away from his family.

The amazing saga continued with dad moving from Michigan to Dayton, then back to Tennessee. He joined the Army Air Corps at 18 and served in the China Burma India Theater of WWII. I didn’t know much about that part of WWII until I was in my late thirties. After reading just a few books my admiration of my father changed significantly. It is often referred to as the forgotten chapter of the Second World War. The warfare was brutal and the
conditions were abysmal.

In the jungles of Burma, he contracted Malaria and was assigned to “light duty”. During this “downtime” he got the idea to try and catch some fish by dynamiting the Irrawaddy River. Somehow he and a buddy secured some TNT and detonated it in the middle of the river. He said they were amazed at the resulting number of fish floating on the water. They tried to gather them all, but there were just too many. They built and a raft out of fifty-five-gallon fuel drums and used that to collect and tote the fish onto the shore. They harvested enough to have a fish fry for the entire company.

The commanding officer was so impressed with the fresh fish that he wanted to know where it came from. He tracked dad down and asked him what else he could do for the company? Pop wound up getting clearance to hunt local deer for the mess hall and he killed two tigers for a couple of his superior officers.

After the war, he married my mother who was sixteen and they enjoyed 73 years as husband and wife and created, enjoyed, and endured many remarkable chapters in their lifetime. Some of those stories may appear at a later time.

On their last evening together, Pop fixed her dinner, kissed her good night, and told mom he loved her. He died in his sleep. At 95, he had a good life. And considering the challenges of his early years, he earned a peaceful exit from this world.

He shared many of these wonderfully exotic stories with me on the many overnight deer hunting trips we shared. I never recall him saying anything about feeling hopeless. Nor do I never recall him being bitter or resentful about conditions or situations he experienced. He overcame many significant obstacles and challenges with a remarkable work ethic and a great sense of humor. He was generally optimistic and would occasionally say, "well things could be worst"!

He learned early in his life that a person can do all that they can do in the situation that they are in and still choose to have happiness in the moment and faith in the coming day. I was so fortunate to have an active, lucid father for 63 years.

Very few people are as lucky.

It has been a year since his passing, and what a year it has been. Taking in all of the challenges of 2020, I think about what my father lived through. We can, and we will get through these trying times.

When I think about the experiences and challenges that he faced and the life that he lived, he could have been broken and defeated at many points along the way, but he persevered.

If there is any lesson from this year perhaps it is to not take anything for granted. Things do and will change.

And if there was a lesson I could share from my fathers' life, it might be to take time to care for and enjoy the good things, fix or discard those things that are broken, but never give up or despair.

There is a great deal to be said for living in the moment, but perhaps a more profound bit of advice would be to embrace and enjoy every moment.