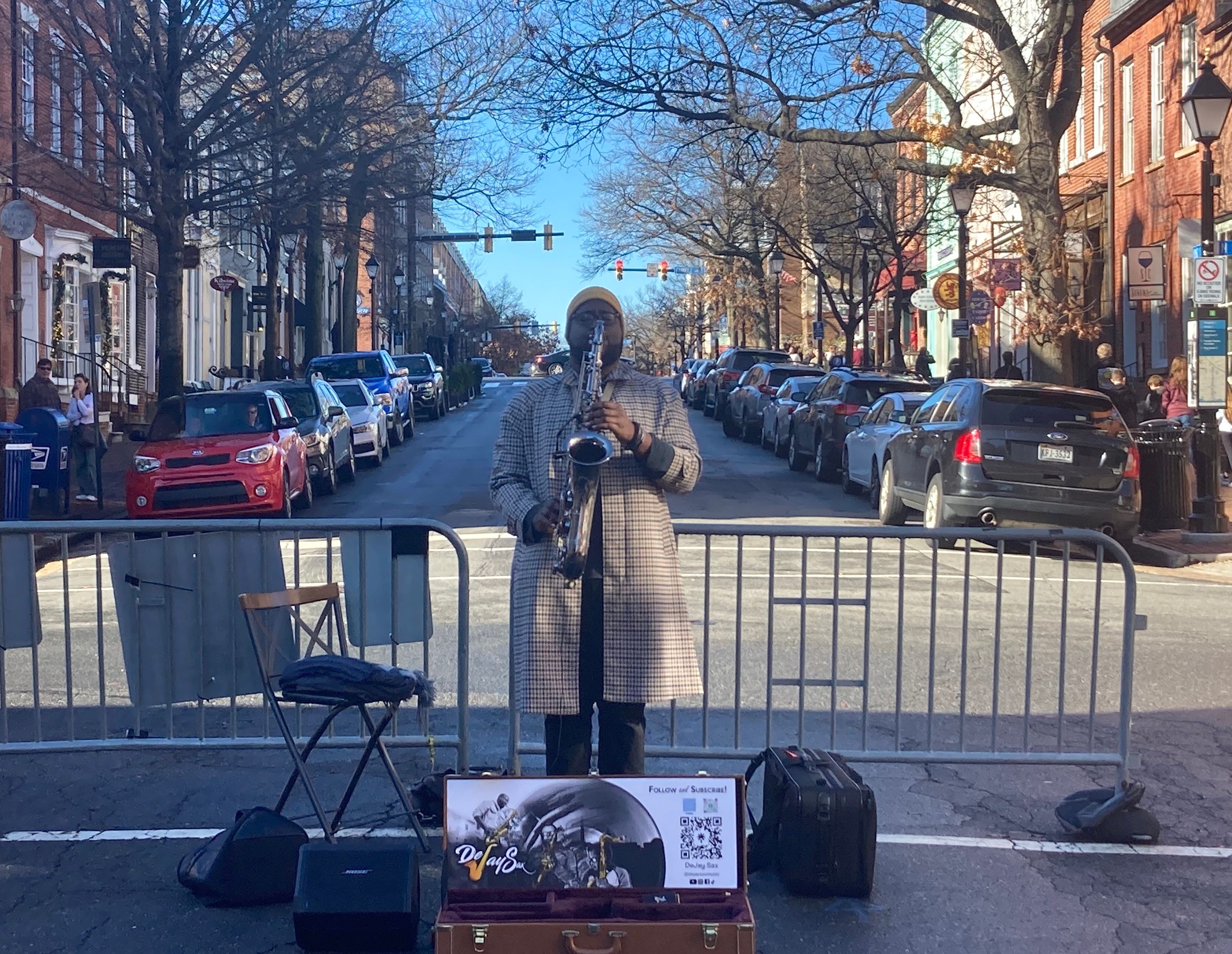 Over the holidays, my ramblings took me to Arlington, Virginia. A mere week after dealing with negative 14-degree temperatures, I found myself walking along the Potomac River basking in the sunshine and pleasant spring-like conditions. I always enjoy visiting the greater metropolitan area around Washington D.C., and while I didn’t make it to the nation's capital or take in any significant monuments this time, I still took in a great meal and had a lovely afternoon stroll along the riverfront.

There were a couple of musicians performing on a shop-lined street, closed to vehicles and open only for pedestrian traffic. Street performers always bring me joy and I had a smile on my face as I listened to these artists. I had very little exposure to street performers growing up in a small village in southwest Ohio, and I guess I was brought up thinking street performers were one step above “panhandlers”. My good old midwestern upbringing had me programmed to believe “these folks need to get a job”. It never occurred to me that they were working.

That concept didn’t sink in until I was on a business trip to Vancouver, Canada. That is when I began to understand and appreciate “busking”. There was a preponderance of street performers all across the city and on Victoria Island too, and these folks were amazing artists. Jugglers, mimes, magicians, and all sorts of musicians. I was simply astounded. Many had appropriately sized PA systems and very tasteful displays for related merchandise, and after talking to a few performers, I found that the cities and local municipalities regulated and even scheduled “buskers” at certain locations.

Back in Ohio, I knew many communities had ordinances prohibiting this sort of thing, so this was a real eye opening experience. I started performing when I was a teenager and had certainly played on many a door stoop and in several parks, but I had never played for tips.  As a youngster, I had a few friends who had, and almost everyone of them had been shut down and harassed by either a store owner or the local authorities, so being in a large metropolitan area and finding that the community embraced street performing was somewhat of a revelation.

Then there is the whole concept of playing for tips. 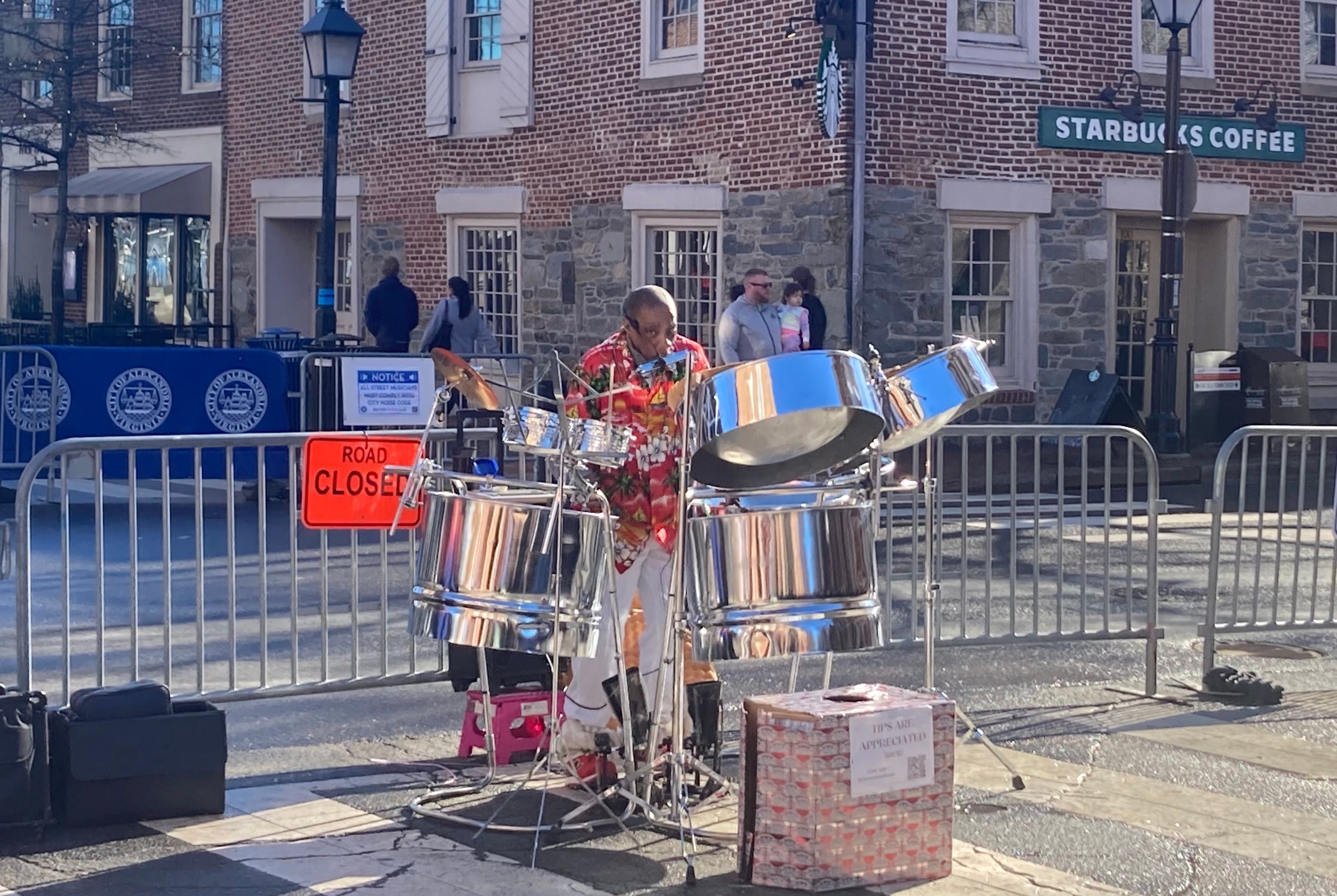 I don’t really know why, but I always thought that my fees for a gig were between me and the venue, and taking, or heaven forbid soliciting tips would basically imply that I wasn’t getting paid what I was worth, thus insulting the management and reducing me to a panhandler. Now I did play a few places that as part of the clubs' performance ritual, the establishment “passed the hat” and added that till to my take for the evening, but other than that, I never put out a tip jar, until…

About the time I started writing songs (again), I happened to be reading a lot about Buddhist philosophies. I came across several essays about humility and the importance of not only expressing but also receiving gratitude. At that time I had a bit of an epiphany and realized that tips were not solely about income but they provided an opportunity for people to express their gratitude for the gift of music I was sharing. Now I put out 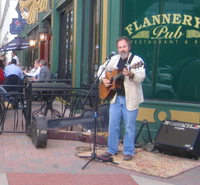 Since my trip to Vancouver, I have enjoyed street musicians in several countries and major cities across the United States and I still have vivid memories of several of these remarkable artists; an incredible vocal group of pre-teens in Dublin, a mind-blowing guitarist in London, a fellow playing in Seattle on an upright bass made out of an automobile gas tank and exhaust pipe, and a host of others. Each one of them left me with something much more valuable that the tip I dropped in their case.

And here is one final story on busking, back in 2007 Joshua Bell cracked open his violin case at the L’Enfant Plaza and set out to play a little music at the subway station. He happens to be one of the world's foremost concert violinists. He played for about an hour, was recognized by a few folks, and made $52 in tips.

I guess fifty-two bucks for an hour isn’t too bad.