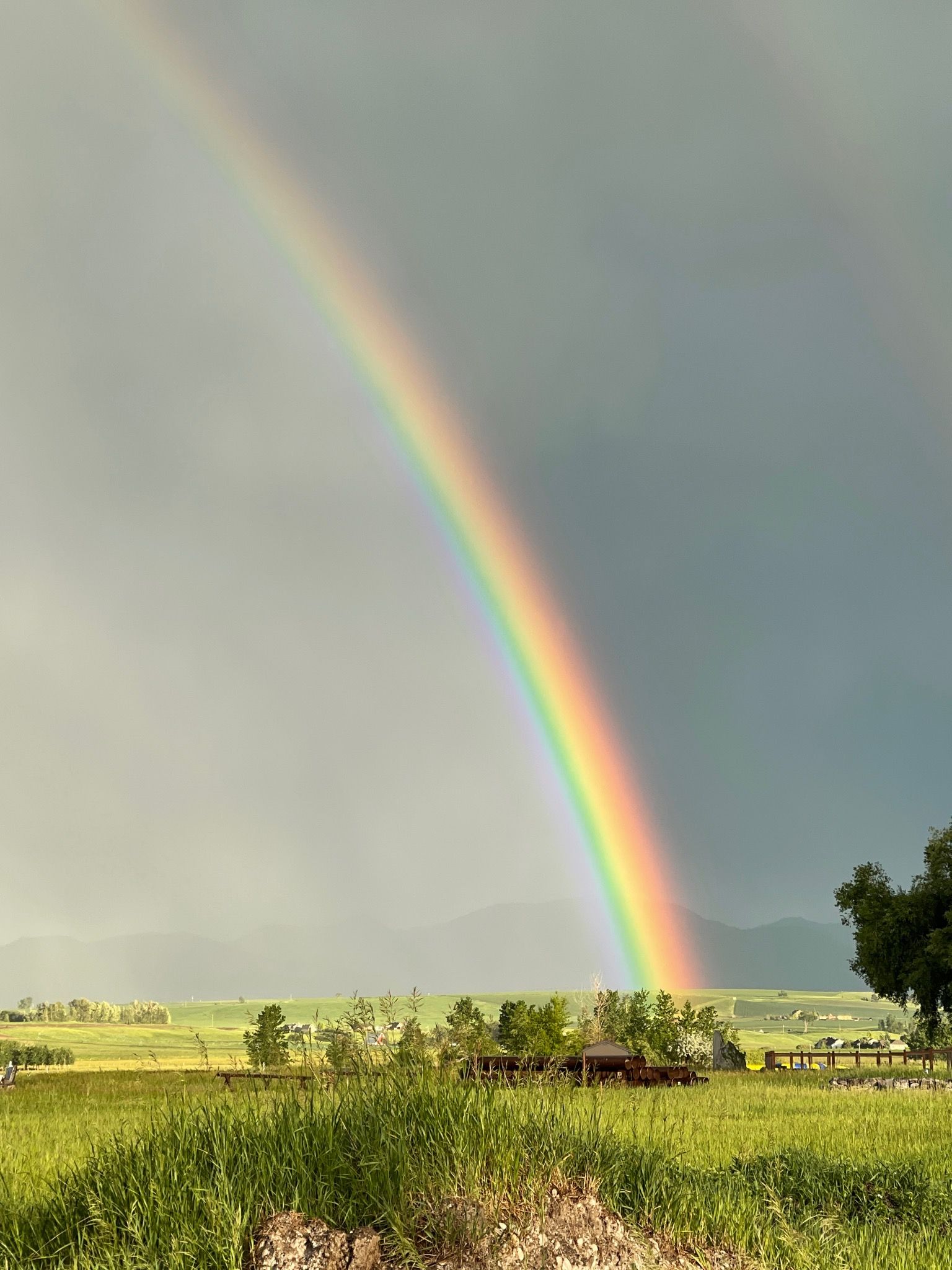 We all have moments when we might wonder about our life. Where we are in our lifetime, where we are going, how we interact with people, and what is important to us. I often think about such things while I am walking and I try to use those moments to find motivation and optimism, gratitude and appreciation for the life that I have.

One of the longest walks I have taken in a long time wasn't all that great of a distance, but it was still an extremely difficult hike and required a very long drive to get there.

It was only about fifty yards from where I had parked my car to a cluster of pine trees that provided a lovely shaded spot to look over a creek valley in South Dakota. I was just south of the Rose Bud Reservation, at a place that was special to my brother Jeff. He had left this world the week before, and I had told him before he died that I would visit his friend Charlie and stop by this very place.

Jeff was a remarkable individual. He was an immensely talented musician, a gifted recording engineer, and a very compassionate person. He had touched the lives of tens of thousands of people, not only through his music but through his humanitarian actions and just being a good friend to so many people.

He was an extremely popular musician in Southwestern Ohio and had performed in a host of bands ranging from heavy metal and blues, to power pop, to his last and longest endeavor, an acoustic duo called Higgins Madewell. He and his musical partner Erin Higgins performed what they called “hippie-country” music. They had performed a few times in GOL at the Old Fire House Winery, and Jeff had played with me on numerous occasions at several wineries, clubs, and special events in Northeast Ohio. Of course, I had performed with him many times in and around our hometown, West Milton in SW Ohio.

Now and again, you hear a story about someone just picking up an instrument and playing it, and I can assure you that is exactly what Jeff did with a guitar. I was home from college and playing music with my older brother Bob, when we took a break, Jeff asked if he could see my guitar. He literally picked it up and started playing it. I had never seen anything like that before, and the next day, I bought him a cheap electric guitar. He was 12 or 13.

Much to the chagrin of my parents, in a year or so he was playing with a country rock band at local VFWs.

By the time he was driving, he had developed into a formidable guitarist, and I recognized he was much better than I would ever be. He started exploring and developing the chops to play other musical genres and started to earnestly study great guitarists like Mark Knopfler, Eddie Van Halen, and Stevie Ray Vaughn. It was a treat to watch Jeff play a popular, technical guitar piece. I would often realize that I not only played it wrong but it was beyond my ability to play the song correctly!

We had a lot of fun playing music together, and I will treasure those recollections.

With his ability to listen and hear nuances in music, it was only natural that he would get involved in recording. He developed an impressive commercial-grade studio and for over two decades provided monthly sound beds for syndicated radio stations across the nation. These were often humorist, brief sound clips, but sometimes would be short songs. There was more than one time I heard one of his tracks playing while standing in line at a convenience store. He also did numerous, and sometimes award-winning jingles for a host of businesses in southern Ohio.

Jeff always felt he was blessed with his talent, creativity, family, and friends and was appreciative of how people always seemed to be willing to help him whenever he needed something. He was deeply troubled by the inequities of the world and wanted to do something for people truly in need, so he launched a clothing, toy, and food drive for the natives living on the Rosebud Reservation in South Dakota. For over two decades he marshaled friends and family in his community to collect and send goods to the Lakota Sioux. For the first two years it was a couple of vans full of goods, but for every year after it was a full semi-trailer load.

In the process of doing “Christmas For Rosebud", he met some wonderful people including Charlie Moe. Jeff had stayed in one of Charlie’s cabins several times when he was able to actually make the trip with the truck, or on one of the occasions, he was able to visit during the summer.

While he was in the hospital he had told me that the valley in front of Charlie’s cabin was a place he visualized to find peace and comfort, and I told him I would go there for him.

Jeff was a master at looking at the half-full glass and never seeing it as half empty. One of his doctors joked that he didn’t have a medical history, he had a medical novel. But his medical challenges never prevented him from doing great things.

He had contracted a non-Hodgkins lymphoma when he was 19 years old and due to some unclear complications, lost over 95% of his vision. He saw the world through a couple of random “pin holes” in what otherwise was a black field of vision. And his medical challenges didn’t stop there. He had a bout with histoplasmosis that nearly killed him, and two or three reoccurrences of cancer and these were associated with their chemotherapy regimes which included a bone marrow transplant. He also had a heart valve replacement, and ultimately a bypass surgery which he was unable to recover from. This bypass was an attempt to mitigate heart damage from the radiation therapy he had when he was 19.

How he navigated his performance schedule, how he mastered the incredibly complicated software and equipment associated with recording, and how he motivated a community for twenty-plus years to send semi-trucks full of goods to the Rosebud Reservation could be motivational for all of us.

Years ago I realized that everything between birth and death is a lifetime, but the impacts of a lifetime are subject to how the days of our lives are spent. Although he was so severely challenged at an early age, Jeff inspired me and so many others to embrace the moment and try to make each day count.

I was numb as I made that short walk to the spot where he felt comfort and peace. I stopped to take in the view, say a few words out loud and share another moment with my brother.

And I suppose the reason I am sharing this story is hopefully to encourage myself and any reader to remember that what we all do is not just about how we spend the days of our lives, but how our actions each day touch the lives of others.

Thank you for the motivation and wisdom Jeff