The Art of Nature

In 1976 I had a summer job at Brukner Nature Center outside of Troy, Ohio. I was hired to supervise, babysit if you will, the children of Hispanic migrant workers. The nature center had received a grant to provide childcare for these kids while their parents picked fruit and vegetables. It was my understanding the existing staff really didn't want to deal with the additional workload and there was a scramble to get someone to specifically deal with these kids. So the nature center asked and received enough additional money to hire someone for the summer. My high school friend, Annette Miller's sister Lynn, was administering the grant program and told Annette about the position, and Annette told me about it. I got what proved to be a life-altering job.

There was an educator I think his name was Doug Saul, who worked there who had set up a training program for a group of volunteers. He gave me one of the packets he had assembled for them. He called it his "instant naturalist" file. It was loaded with a collection of brochures and publications from the Ohio Department of Natural Resources like Birds of Ohio, Bushes and Shrubs of Ohio, a collection of basic information on local natural resources.

I had a deep interest in alternative approaches to education because I had become very disenfranchised from the educational process in high school. I absorbed this information and decided I would try to educate these children about what was at the nature center and why it was important. This was a noble cause and I was young and very motivated to make a difference, incredibly naive and basically unflappable.

I vaguely recall the first day that the two school buses lumbered around the curve in the drive, stopped in front of the nature center and offloaded a good-sized herd of children. I soon discovered that many didn't speak English. Fortunately, a boy that seemed to be 9 or 10  years old started translating whatever I said for the group, and it was off to the races.

I had a great time that summer and changed my educational focus when I returned to college that fall. This proved to be my first job in the conservation field. And I had by many people's standards, a remarkable career, working for four Ohio park districts. I was the director of three of those systems!

I was extremely honored to be the featured artist for 2019 at Brukner's annual "The Art of Nature" fund-raising event.

The Executive Director, Deb Oexmann, asked if I could talk about what inspired me and inspired my songwriting. It seemed to me that I should bring some representation of some of the park developments that were the result of my involvement, or that had I played some sort of significant role in. I assembled a half a dozen 8x10 photo collages of these projects and mounted them on foam-core to sit out during the mix and mingle period. Below is one representing Howard Marsh. My contribution to the project was the insistence that we include trails and other amenities enhancing year around public access.

I thought these photos would be good conversation starters.

An old friend and remarkable photographer, Marlon Carr had recently built a Youtube video around my song, Rivers and Trials and I asked Marlon if he would like to show this while I was performing. And he agreed!

What I lovely way to say thank you to a place that provided what proved to be a life-altering experience. 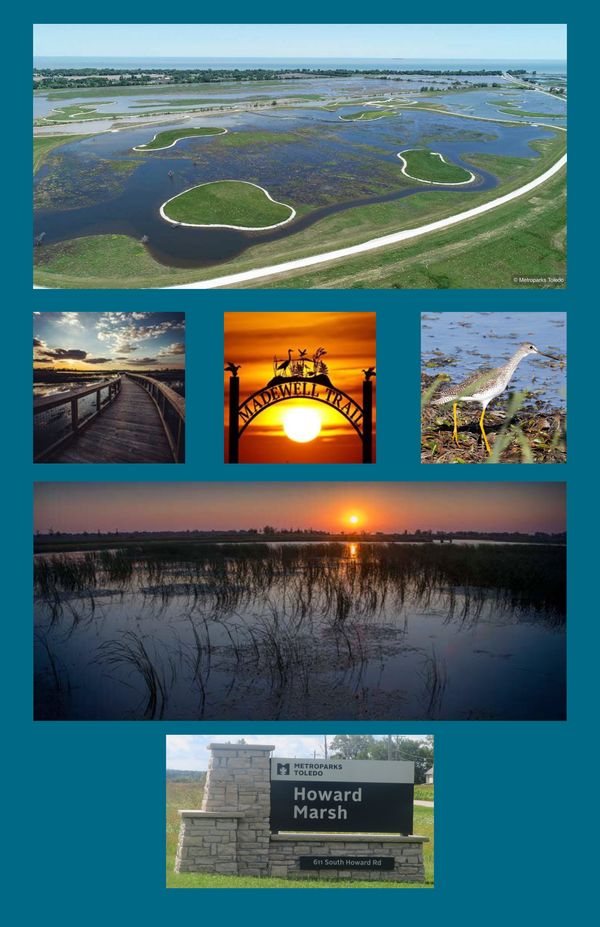